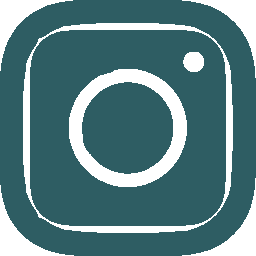 Caffeine in pregnancy: What you need to know

Skinny latte, americano or espresso. Whatever your taste in coffee, this morning pick-me-up has been a go-to beverage for centuries and enjoyed around the world. However, experts now believe caffeine, which is the drink’s core ingredient, may negatively impact pregnancy and beyond. So, you may want to adjust your IVF diet or IVF nutrition plan.

This thinking is based on a comprehensive review of several dozen existing studies published over two decades. Published in the British Medical Journal (BMJ), researchers in Iceland found robust evidence that caffeine was linked with adverse effects in pregnancy, including miscarriage, stillbirth and low birth weight. What’s more is they identified an association with children being overweight, which creates risks for them in adulthood, and with leukaemia in childhood.

Why caffeine poses a risk to unborn babies is not entirely understood. It’s believed that they can’t process it effectively like adults. Adults can break down caffeine via the liver, but babies developing in the womb don’t have this ability. When the drug crosses the placenta, the tiny fetus is exposed to concentrations similar to those found in the mother, which he/she struggles to deal with. There’s also some research showing the natural stimulant may decrease blood flow to the placenta.

So, should you really ditch that daily cappuccino fix? And does caffeine affect IVF and IVF implantation?

Many women will drink coffee during pregnancy without any evident adverse effects for them or their offspring. A separate study published in 2018 found no effect of moderate coffee intake by women, men, or the couple on oocyte quality and success rate after IVF procedures. But the authors of the research in the BMJ concluded that women who are trying to conceive or already expecting a baby should avoid caffeine altogether. There’s ‘no safe level’ according to their research.

Other experts disagree with this drastic approach. They point out that the risks from caffeine are still extremely small, that the data is based on women recalling how much they consumed, and that other factors that go with high caffeine intake could have had an impact, such as smoking. The official line from the NHS is to limit the amount of caffeine consumed by not exceeding more than 200mg per day – the equivalent of two cups of moderate-strength coffee. This is also the advice from other health organisations, including the Royal College of Obstetricians and Gynaecologists (RCOG).

However, this may change if more substantial evidence emerges. A few months after the BMJ research was published, scientists reported a 27% increase in stillbirth risk for each 100mg of caffeine consumed. The experts from charity Tommy’s research centre at the University of Manchester studied more than 1,000 mothers across UK hospitals. They found energy drinks posed the most dangers, followed by instant coffee and cola. In response, the RCOG said they would support a review of the current 200mg limit.

Given it’s a stimulant, caffeine can be a hard habit to quit even though some pregnant women find it causes heartburn. Don’t forget that it’s not just coffee that contains caffeine – tea does too, and foods such as dark chocolate. So always check the label first to see what you’re eating/drinking.

If you are struggling with curbing your intake as you embark on your IVF journey, then do seek advice from your fertility specialist. According to reports, Prince Harry cut back on coffee as well as tea and alcohol in solidarity with a pregnant Meghan Markle. His chosen drink substitute? Mineral water.

How to calculate your caffeine count

100mg in a mug of instant coffee

140mg in a mug of filter coffee

less than 25mg in a 50g bar of plain dark chocolate

less than 10mg in a 50g bar of plain milk chocolate

Join Today
Access to all membership benefits
Instant access to 40+ hours of broadcasts
Connect with others on the same journey
Join live sessions with the top fertility experts
£8.25/month

Save 45% with an annual membership.
Billed at just £99 a year